Edward Theodore Gein was extremely isolated by his domineering and religiously fanatical mother.  She was his only friend and when she died, his mind clearly fractured.  He began digging up fresh female corpses.  From their skin he made a “woman suit” so that he could “become his mother”.  He also used skin to make masks, upholster furniture and various other horrible things such as a belt made up of nipples.  He fashioned soup bowls from skulls and saved many body parts in boxes and bags stored around his rooms.  While he may have killed only two victims, his crimes were so heinous that he became the inspiration for horror characters such as Norman Bates, Leatherface, Buffalo Bill and many others. 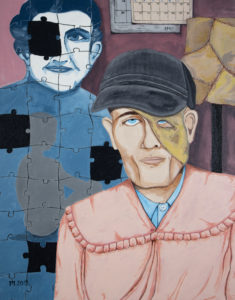 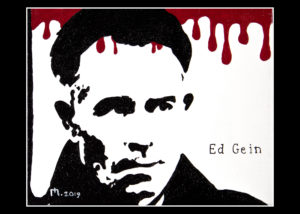